2 November 2015 by admindekor in Home New 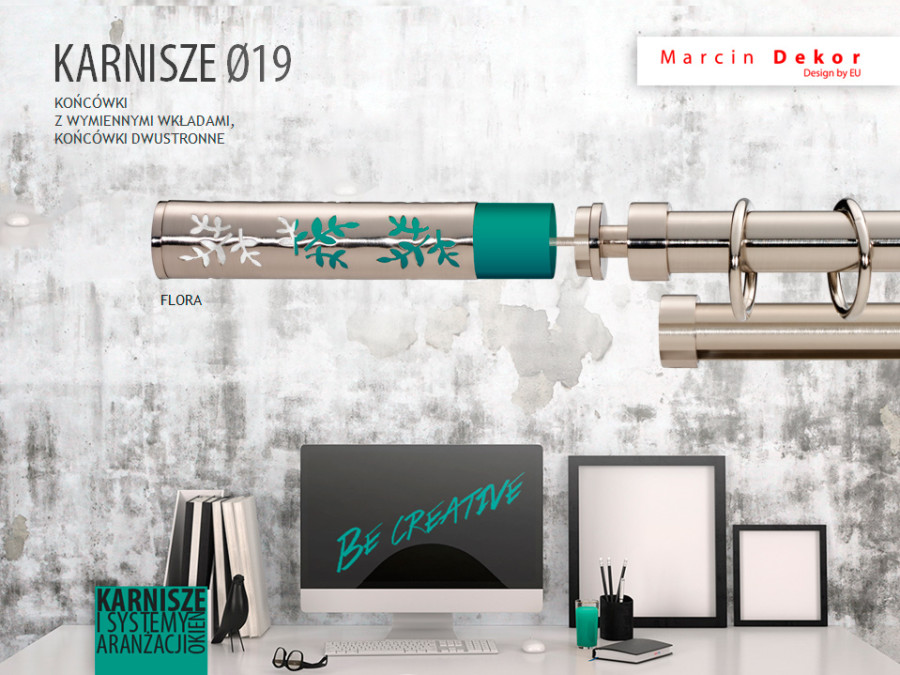 FINIALS are associated with something static, final and ready-made. Simply chose between one and the other… but it does not have to be that way.

Marcin Dekor offers products with open structure, which allow the client to easily form and transform them according to his taste.

Well-thought-out construction of the finials from Ø19mm series requires only simple tricks to create various combinations and come up with numerous colour and structure mixtures. This aspect makes the series a wonderful base and starting point for interior designers.

The possibilities provided by that approach to designing are determined only by limits of imagination. Our finials are not afraid of any materials.

We present a series of products which create countless arrangement possibilities by means of simple tricks. Instead of one pattern we offer two patterns, which may be applied depending on the selected style. It is enough to turn the finial to show its obverse instead of its reverse –and it’s done! Collection of finials with various patterns on the reverse and obverse –freedom of arrangement.

Compose your own curtain rod
When we try to match a curtain rod to a given arrangement, we frequently face a dilemma – to what extent does a particular product match the interior design? We arrive at bigger or smaller compromises.
But now it has changed. We offer you a curtain rod with exchangeable finial and bracket end cap, which may be replaced with any material. The only important factor is the thickness (so that the end cap flushed with the obverse of the finial) –although also in this case we may allow ourselves a bit of imagination –why should we not use a stone, leather or a thick fabric with rich pattern as a finial?

Simple shapes are easy to cut out and the flat surface of the finial and the end cap will make a wonderful underlay. From now on we may create a curtain rod ideally matching the finished interior design or any concept.